Our last walk of the season wasn’t as birdy as I expected it to be, but we still saw 20 species! We had up close looks at Bushtits and were able to distinguish male from female.  I learned that, during breeding season, males have black eyes and females have pale yellow eyes.  We also got a fairly good look at a Hermit thrush and a better look at a Pacific-slope flycatcher (shown in the header photo).  A small flock (17) of Cedar waxwings were seen flying over the Rancho.  Other flyovers included nine Mallards, some way-up-high gulls and a couple of Ravens.   We heard several birds that we never could see, including Red-shouldered hawk, House and Lesser goldfinch, Orange-crowned Warbler and a Robin.

This is the last walk put on by El Dorado Audubon, but the Rancho has now started a family-and-beginner-friendly walk the fourth Saturday of every month. It also starts at 8:00 a.m. and ends at 9:30 a.m.  If you couldn’t attend one of our walks, and still want to bird the Rancho, this is your chance.  For more information on their walk, go to their website at: www.rancholoscerritos.org.  Many thanks to Merryl Edelstein and Jerry Millett for helping me out again in April and to Marie Barnidge-McIntyre, the Horticulturist for the Rancho, for having us in and helping. 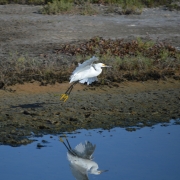 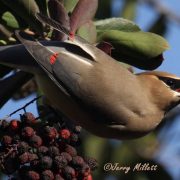 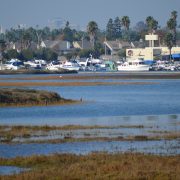 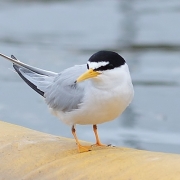 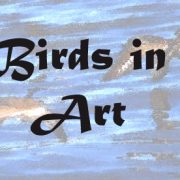 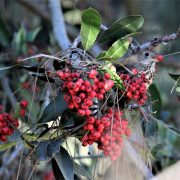